(My) History Of knackered Vacuum Cleaners

Me and Vacuum cleaners have never had an easy relationship. Our relationship is full of pain, frustration and disapppointment, and I don't think I am alone in this. It all started when I was a child. My parents had a succession of vaccum cleaners that promised the world but never quite delivered.  This was made worse by the fact that we always had hairy pets, so you were facing a daily battle against the dreaded pet hair. My parents always made sure we did our share of the housework (to my teenage horror) and I still have painful memories of doing the vaccuming without any of the attachments as the vaccum cleaner wouldn't suck anything up. You basically had to pick up the dirt by hand and shove it down the nozzle. They also used to get regularly blocked which was a thoroughly nasty job, which involved having to prize free nasty rubbish that had inadvertantly been sucked up- usually my brothers lego and lots and lots of manky hair. I once found a sock that had been sucked up. I blame the brother...

One particularly vivid memory was when one of our useless Vaccum cleaners packed in. My dad, who is universally known as being crap at DIY, attempted to fix it. He started to take it apart and was fiddling with the wiring, when he gave himself a massive electric shock. He had only forgotten to unplug it. He was crying for quite awhile...

As time went on, I grew up and finally became a fully accredited adult. This meant one thing.... I was now in the vaccum cleaner market. Initially I inherited one of my parents hand me downs that was frankly past its best ten years before I had it . Matters got worse when we acquired a big fat ginger cat called Ginge. I do love him, but I have never seen such a hairy cat. I remember going to my local electrical store with a modest budget in the hope that we would achieve vaccum cleaner perfection i.e. one that worked. We couldn't afford a Dyson so we had to get a middle of the range one. There was one that boasted super suction and was built for pet hair, that wasn't too expensive. Perfect, I thought.. so I got my money out and paid. Things started off well, and it seemed to initially cope with the copious amount of hair that my cat produces. Sadly it didn't last and before I knew it, I was having to attempt the hoovering without any attachments as the suction was so poor, whilst swearing loudly.

Since then I have had a few terrible Vaccum cleaners and am still aspiring to own a Dyson ten years later. Everyone knows that they are the creme de la creme of Vaccum cleaners, and owning one of these should end my pet hair woes. I have my eye a Dyson, and I am hoping and praying that the husband is reading this, and picks up on my not so subtle hint.  It may not be the most romantic or exciting christmas presents, but I'm 35 now with 2 kids, so owning a super duper vaccum cleaner is all that I want and need! Please santa, I've been a good girl...honest! 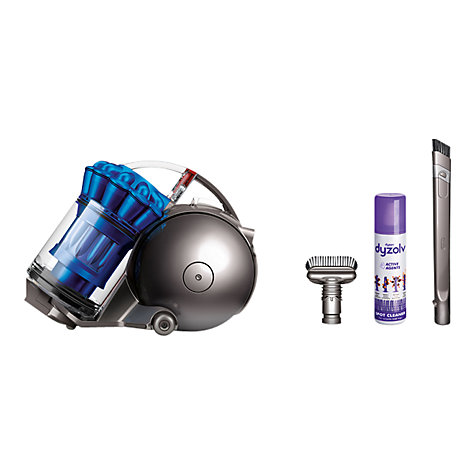