Is it ok to criticise your childs school on social networks?

Well I have to admit that I am a bit of a newbie to being a mum of someone in school, and there has been a few suprises along the way. So much has changed since my first day at school 30 odd years ago, and technology has definately played a part in this. I was a bit supprised when I attended my daughters open day, when they mentioned the use of social networks by Parents. That's odd I thought. Why would a primary school have an interest in what I post on social media. The headteacher explained that they have had problems with parents criticising the school on social media, and they had had to bring parents in to discuss it. Initially I thought this was a bit over the top, as surely a school can't dictate what I post online. 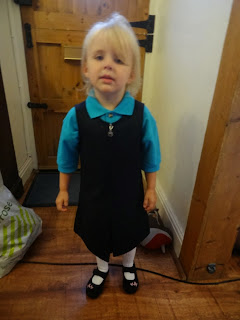 That was then, but it has now been a year since my little angel stepped foot in school for the first time. Since then she has loved school and thrived on a daily basis. I don't suppose I ever took much interest before, but I since then I have been shocked about how many times I have seen parents criticising their children's school on Facebook, Twitter etc. I know schools don't always get things right but surely it is better to have a conversation with the school directly about the issue, rather than loudly declaring on social networks how terrible your childs school is. Children are also bound to pick up on their parents negativity, and I wouldn't be suprised that those children are less apt to work hard at school, because their parents obviously think it is not up to scratch. I also don't think its fair on the school for parents to take to social media if they are unhappy with their childs school, as the school don't get an opportunity to explain their decision, or why something went wrong. It's a very one sided argument.

Social Media just makes it so easy to react without thinking, and get things off our chest, but sometimes this can be to the detriment of our childrens schools and their education.

Am I totally wrong, or do you agree? I would love to hear your thoughts?
Posted by Unknown at 13:29