Why I Feed My Kids Out Of Date Food

Well, they say everyone has their 15 minutes of fame, and mine happened to come a few weeks ago when I appeared on prime time ITV in Bargain Fever Britain. I have never been one to seek out the lime light but I definitely love a bargain. Let me tell you how it all began.....

I came across Approved Foods whilst reading another lovely blog Larger Family Life where Tanya tells us all about life raising a large family. Although both parents work, with such a large family it pays to be thrifty (a girl after my own heart) so she blogged about Approved Foods and how much money she was saving through ordering with them. It immediately got my interest so I decided to take a look on the site and was astounded how cheap everything was. You may be thinking why is the food so cheap? Well the answer is, that the vast majority of it is either past its 'best before' date or coming up to it.

A lot of people will be shocked at this, but the fact of the matter is, this food is perfectly safe to eat. They wouldn't be able to sell it if it wasn't! Let me explain further...... Retailers of dry goods will put a 'best before' date on their products. This is the date that the quality of the goods may start to decline but it is still perfectly safe to eat. This may put some people off, but don't let it! A 'best before' date is different to a 'use by' date which is generally put on fresh produce, meat, cheese etc where there is a danger of food poisoning if you eat it after that date.

I placed an order with approved food and ordered £200 worth of shopping for £50! Yes, your eyes are not deceiving you, that is right. The delivery charges are higher than you would pay with your local supermarket. but are actually quite reasonable. The bargain price of the food more than makes up for this. The goods are really well packed and if a product does get damaged there is no problem with getting a refund.

Well, they say the test is in the eating, and I was pleasantly surprised to find that everything tasted exactly the same to me despite being past its 'best before' date. From that date I was converted. I had no problems in feeding any of the stuff to my kids, and they never complained. My cupboards from that day of my first order have been absolutely packed full of delicious food that I got a rock bottom prices.

Don't just take my word for it, check out this picture of my cupboards.. 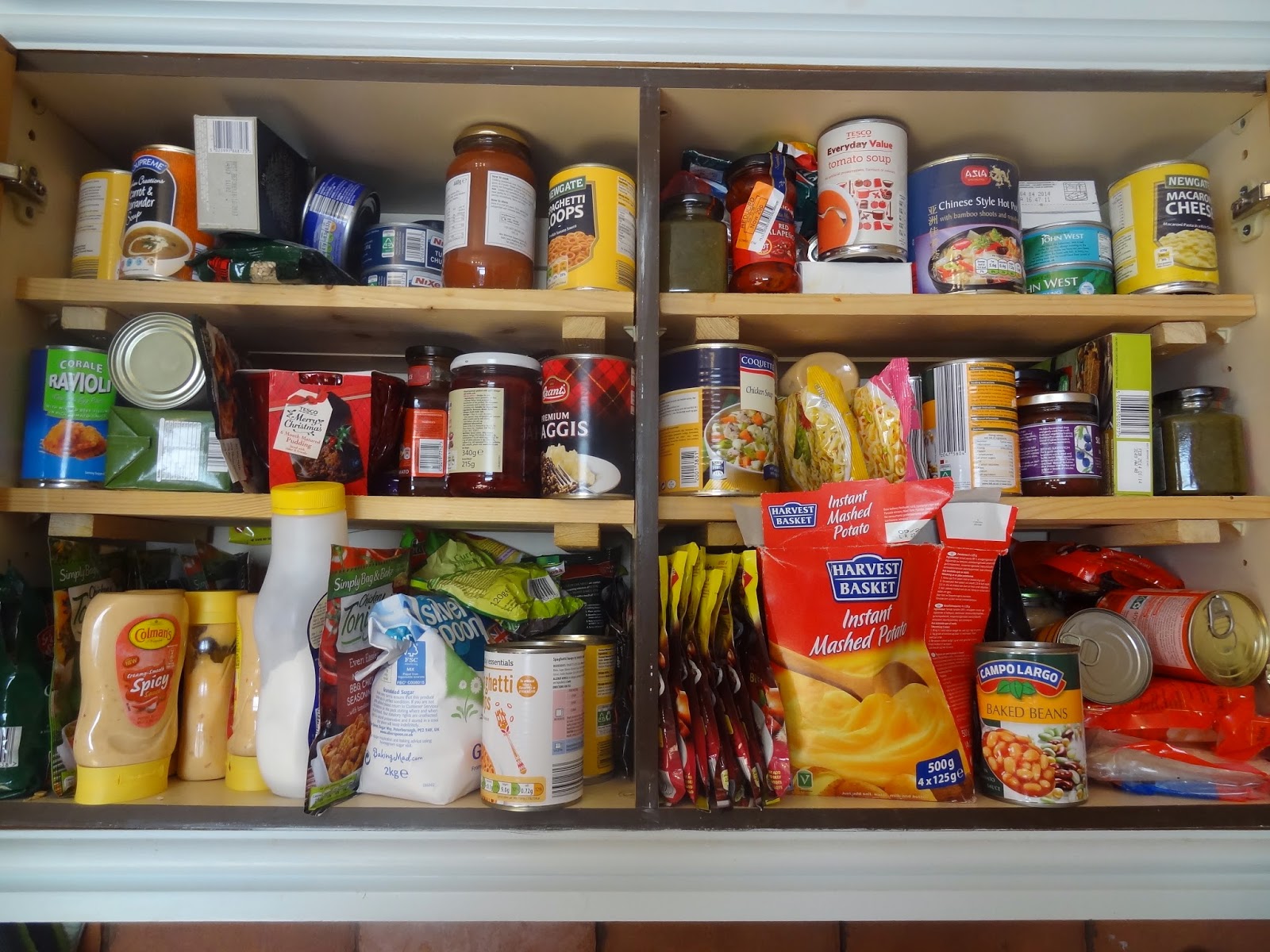 This is actually a lot emptier than they usually are as I am waiting for my next delivery. Prior to writing this post I took a few items out of my cupboard that I had bought previously which are well past their 'best before' date. 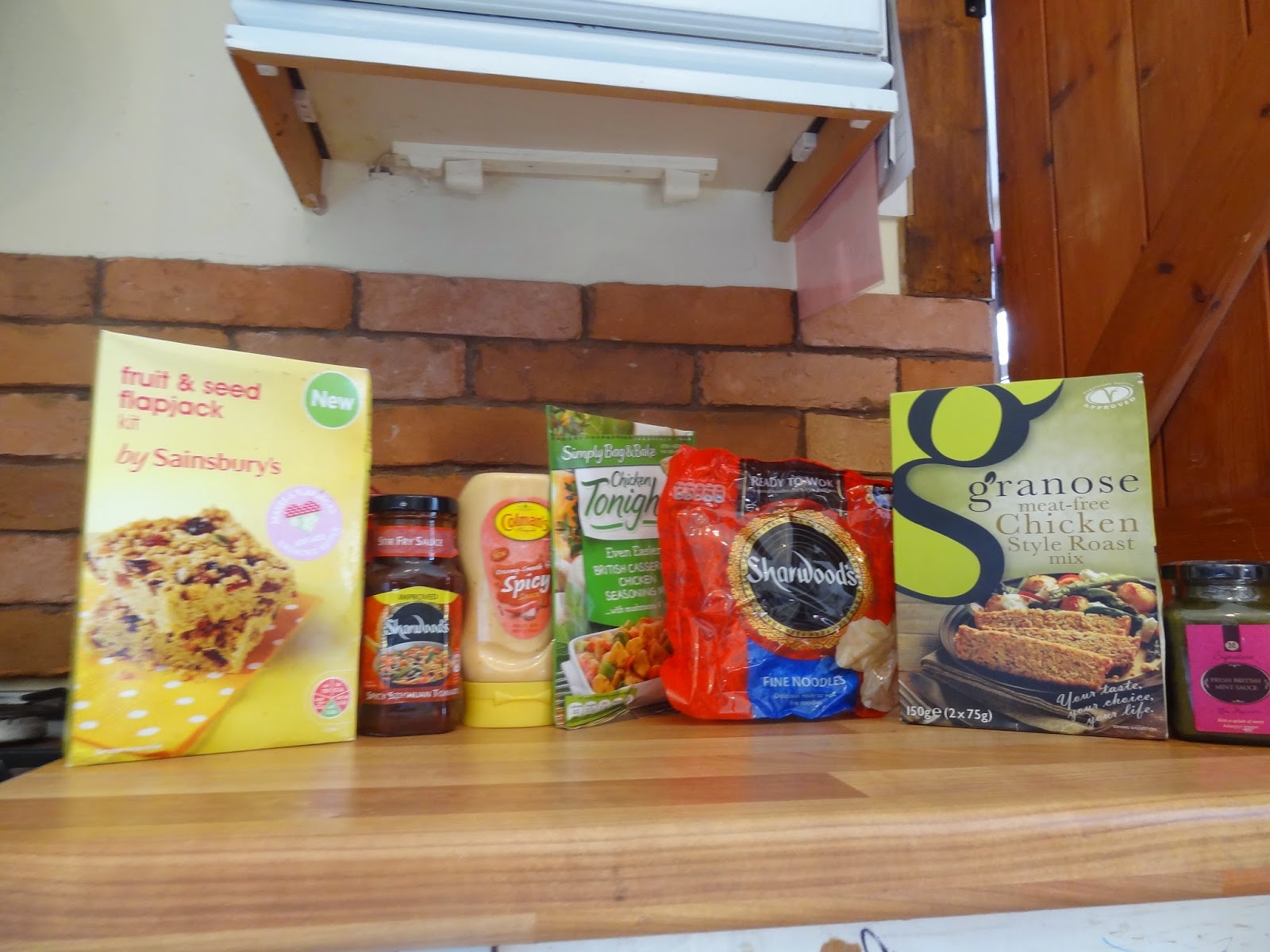 This is just a few of the products but I would have no hesitation in feeding any of this to my kids. My children or I have never been ill, and we are saving a hell of a lot of money in the process. I have never been comfortable with the idea of how much food is wasted in the UK, when there are billions of families  in the world who do not have enough to eat. Approved Food Ltd appeals to me on two levels- I save lots of money, but it also saves lots of waste as all this food would previously have been added to landfill. 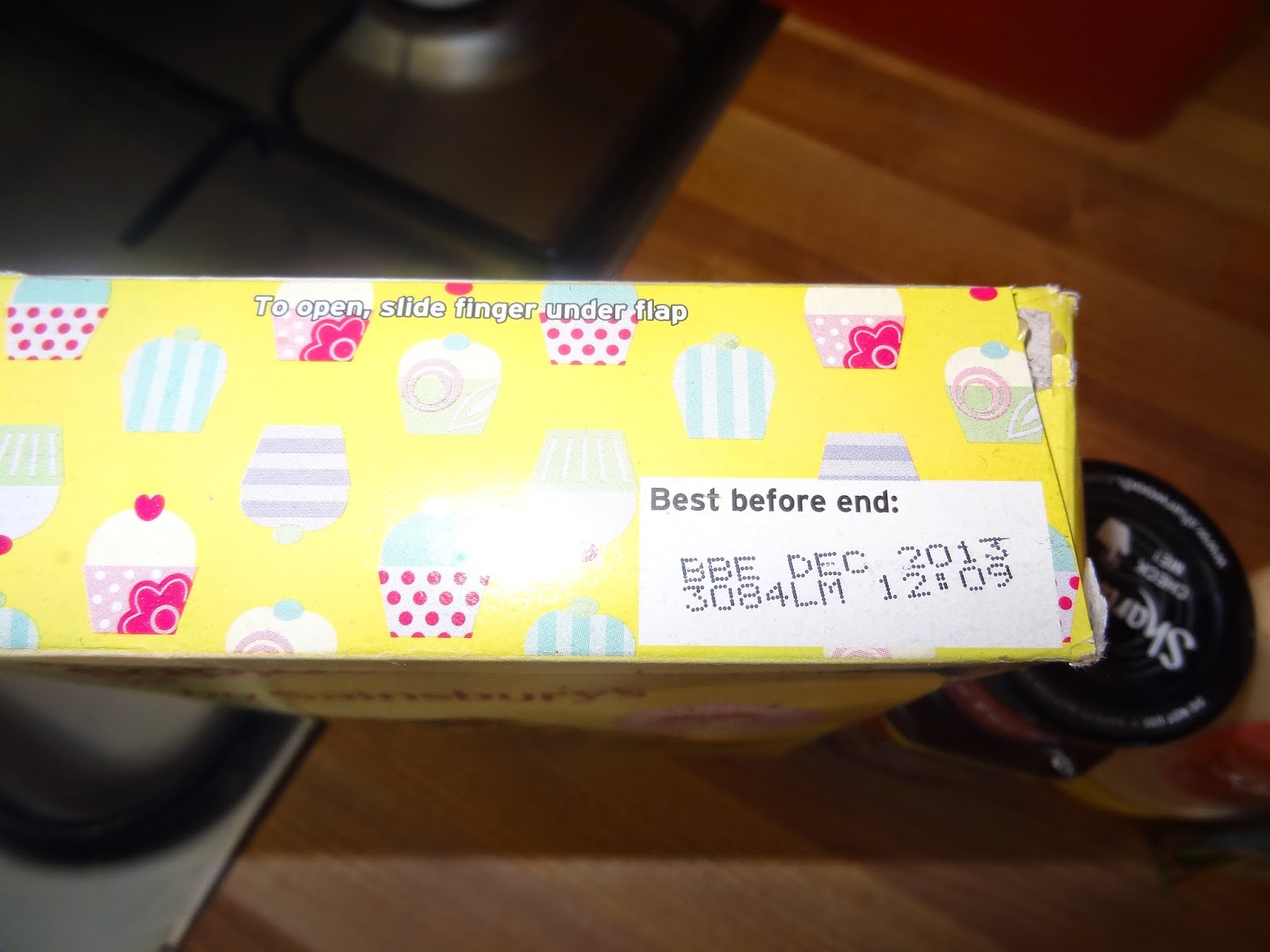 This fruit and nut flapjack kit has a 'best before' date of December 2013. We bought a few of these from the site and the kids love making them. The finished flapjacks are delicious! I think I paid 99 pence for 3 boxes, so you really do save a fortune.

Lots of people will still turn their noses up when I say that we eat this food, which I think is a real shame. I recently contacted my local foodbank as I wanted to donate some tinned and dried goods, but some of these were past their 'best before' date. I was told that it was not their policy to accept these goods, even though they knew that the goods were perfectly safe to eat.  I thought that this was a crazy policy considering that the people using food banks is increasing all the time. With a little bit of information explaining the concept of 'best before' dates I think a lot more people would be happy to accept this food.


My fifteen minutes of fame, came when I noticed on the Approved Food face book page that they were looking for someone who lived near Cardiff to film about their experience of Approved food. I feel really passionate about the company and what it stands for, so was happy to give up my time to do this. The filming was really enjoyable and I think I even converted the camera crew by the end of the afternoon! I was contacted about 6 months later to say that some of what I had filmed would be featured on Bargain Fever Britain which was a documentary looking at the changing face of British Retail and how many firms that can save you money are on the rise.


I was nervous about appearing on the television, and was really reluctant to tell anyone but there was no getting away from it!. I was actually really pleased with the finished product and it wasn't too painful to watch. The episode definitely got people interested in the concept and the Approved Food Website crashed that evening with all the interest, which was great news!

I recently ordered this week and some of the fantastic bargains I had were:


I could go on and on. As you can see the majority of the products are good quality brands but you really do get great bargains. I would love to hear your thoughts on 'best before' dates and if you do end up ordering from the site. My advice would be to check out the biggest saving tab, Bargain Alerts for the specials they have on offer each day, and the clearance tab as these will bring you the biggest saving. I do think the website could be improved to make it more user friendly but it is definitely worth taking a look.

A few of my friends are now converted and we tend to make one big order between us and then split the delivery charge. I'm even thinking of setting up a 'out of date' tuck shop in work to convert my work colleagues. Watch this space!!!