Halloween is now a special time of year for the James family, as my son Bryn arrived this time last year. I still have happy memories of my daughter going out Trick or Treating for the first time with her Daddy while I nursed my newborn son.

This year will be very different, as the new born is now into everything and my daughter is looking forward to us all dressing up for a Halloween party we have been invited to.

My Hubby and I were starting to think about what we would wear when I was given the chance to review Phantasee Cosmetic Lenses from Vision Direct . I have to say I was intrigued as I had never even contemplated using contact lenses as part of a spooky outfit. As I am a glasses wearer, I thought it may be better if the hubby tried them out as I  am 'blind as a Halloween bat' if I don't wear my glasses.  We looked at the wide ranging online selection from the Phantasee Collection, which is perfect for Halloween. We picked out the Dragon Eyes (RRP 29.00) which I have to say remind me of Sauron's eye from the Lord of the Rings. Phantasee cosmetic lenses are available in the following ranges of Crazy and Halloween lenses: Anime, Cat Eyes, Cool, UV Glow, Space, Vivid, Symbols and Seasons. 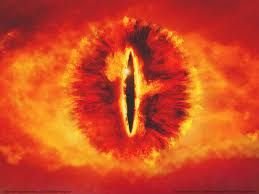 So before I show you how the lenses look, I had better reveal the hubby in his natural primal state. Be Prepared! 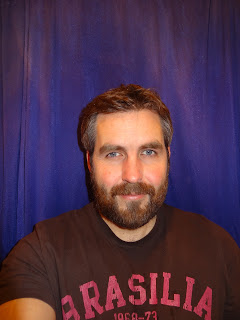 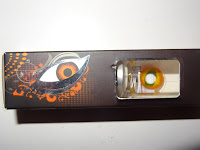 The First thing I should mention is the packaging is very quirky and you definitely feel that you are in possession of something different. The actual lenses come in two spooky vials which give you the Halloween feel 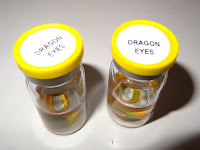 The Lense Vials are a little bit fiddly to open but I guess this is because they have to be completely airtight.  They are annual replacement contact lenses that require maintenance and cleaning, so we were also sent a  Multi use Lense solution and case (RRP £3.00) for care of the lenses. These can then be used again so you can really get your moneys worth.


My hubby has decided to go as a scary Halloween skeleton and elected to do his own makeup. I thought he did a pretty good job. My daughter also burst into tears when she saw him so I guess he got the desired scary effect! 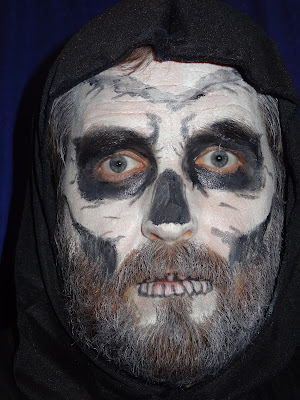 Now was the time to add the lenses. My hubby has never worn Contact Lenses before so was a bit naive in thinking that putting them in would be as easy as a witch boiling her cauldron. In hindsight it was also a mistake to try and put the lenses in after putting the makeup on. After struggling for about ten minutes and reluctantly calling on my help he did manage to get them in. The resulting tears though did mean he had to touch up the makeup but there was no lasting damage!

If you haven’t tried contact lens before, you can check out the Frequently Asked Questions  on the Vision Direct website so you can learn more of how to use the lenses.


So here are the scary results! 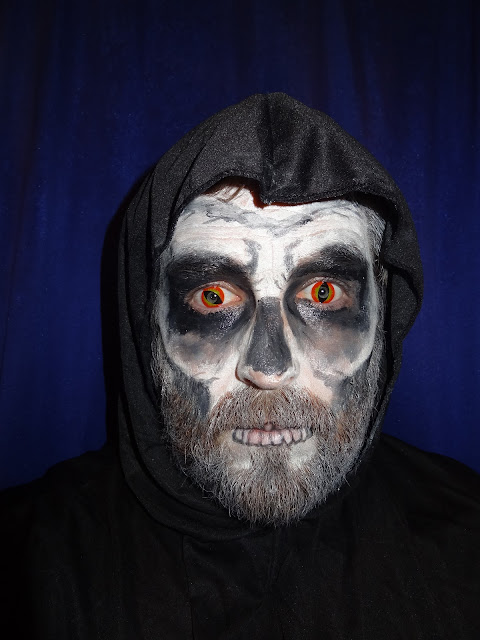 As you can see the effect was definitely striking, and turned a pretty scary look  into a terrifying look! One of the lenses was slightly wonky but by this stage the hubby wasn't letting me anywhere near his eyes to straighten it up. He did say that although they were slightly uncomfortable at first, it was no time at all before he forgot they were in. His vision was also not impaired in the slightest.

Overall we would give the lenses 5 stars out of 5, and I would give my hubby 1 star out of 5 for being able to put contact lenses in! The lenses really do add that special element of scariness to the outfit, and I am sure that there is a pair that would suit every outfit!